Creating a culture of preparedness

The CEO of the American Red Cross of the Chesapeake Region approached the Carey Business School at Johns Hopkins University with a problem. Financial Donations, volunteerism, and blood donations were declining across the region, and he needed some fresh ideas.

Though the Red Cross approached us with defined problems, we needed to take a step back to better understand the issue. We attended board meetings, national webinars, and did our own research into the Red Cross’ many components. We met with employees, advocates, and even competitors to see how these people viewed the organization’s strengths and weaknesses.

We reviewed the organization’s brand standards, which defined the brand’s tone in four optimistic words: uplifting, inviting, empowering, and personal. Taking cues from John Bielenberg’s “Thinking Wrong,” we actively broke away from the most immediate connections these words created in our minds.

We understood that to come up with game-changing ideas we couldn’t merely tweak what the Red Cross had done in the past. We needed to build off the organization’s strengths in a novel way, so we approached this problem as a startup hoping to quickly be bought out by the American Red Cross. We sought opportunities the organization had missed through its day-to-day operations; opportunities the Red Cross might be surprised they hadn’t recognized earlier.

We worked with people who had various levels of involvement with the Red Cross. From Red Cross board members, to self-declared “preparedness nerds;” and from people who donate by text after disasters, to those who had heard of the brand but never had given it a second thought. We quickly learned that though the Red Cross has a strongly recognizable brand, few understood what the organization actually does. Though many knew about emergency relief and blood drives, people more often associated the American Red Cross with fear, disaster, and pain than help, recovery and relief.

These feelings didn’t mesh with the optimism defined in the organization’s brand standards. We realized it’s really difficult for a non-disaster survivor to empathize with the feelings of relief a survivor experiences in seeing a Red Cross truck traversing a devastated landscape.

We needed to find a new, optimistic way to introduce the American Red Cross into people’s lives. A way to make a brand people turn to in the most scary times more approachable on a day-to-day basis. In order to alleviate the symptoms the Red Cross was feeling in the Chesapeake region, we needed to increase their relevance. Together, we identified the following “How Might We” statement:

How might we increase the relevance of the American Red Cross by creating a culture of preparedness? 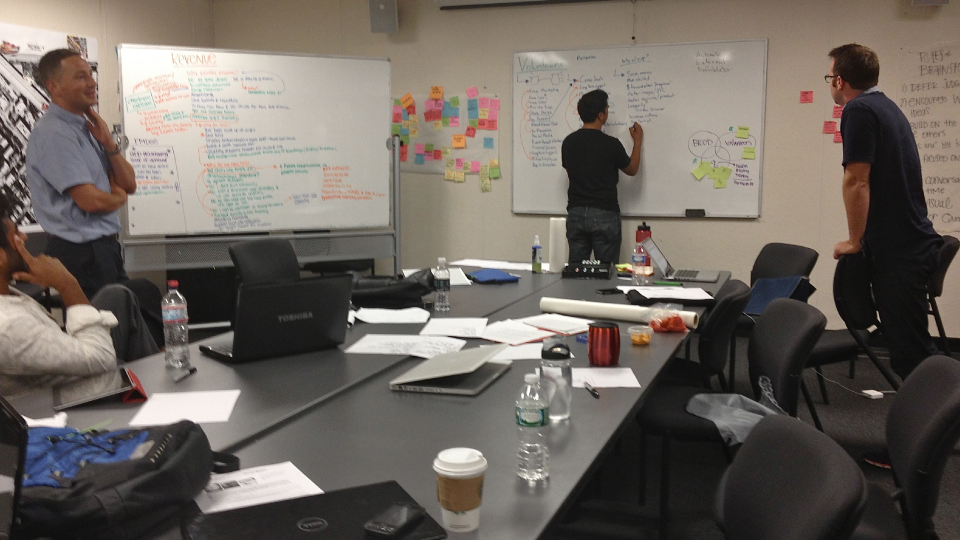 using the ‘5 whys’  to define the root cause

We came up with many ideas before prioritizing those that were practical, actionable, and tangible.

We identified personas who might need a personalized everyday preparedness kit. We considered babysitters, college freshmen, new homeowners, and the elderly. These personas helped us better define a solution to our “How Might We” problem.

We knew everyday preparedness would not only increase the American Red Cross’ relevance in everyday people’s lives; it was an upbeat, empowering, inviting and personal way to re-introduce this historic brand into society.

We began by prototyping various business models using tools like Osterwalder’s business model canvas. This quickly taught us the most personalized and profitable opportunity would be through a modular product where product refills produce the highest profit margins.

Turning an entire room into a business model canvas

We worked in a variety of formats to create a new kind of preparedness kit for the general consumer market. Our team created prototypes at various levels of fidelity. From post-it note boxes to 3ds max and Google sketchup renderings – a wide array of media allowed us to better understand our concept’s opportunities and pitfalls.

The design we developed furthest involves a hard case that encases 4-16 modular “Pods,” or Preparedness on Demand containers. The case, which would come in a variety of skins, can be opened one-handed in event of an emergency, and unfolds into a red cross to truly embody the brand. Partner organizations would license this new “‘Pod” packaging for their existing and trusted products, and a portion of the proceeds would benefit the American Red Cross.

This new product is an awareness campaign in disguise. Though it houses a slew of personalized preparedness supplies, it is designed to hold a prominent place in its owner’s home. It will act as a mini-billboard for the American Red Cross in individuals’ living rooms – a constant, friendly reminder to donate blood, to volunteer, and to contribute funds. 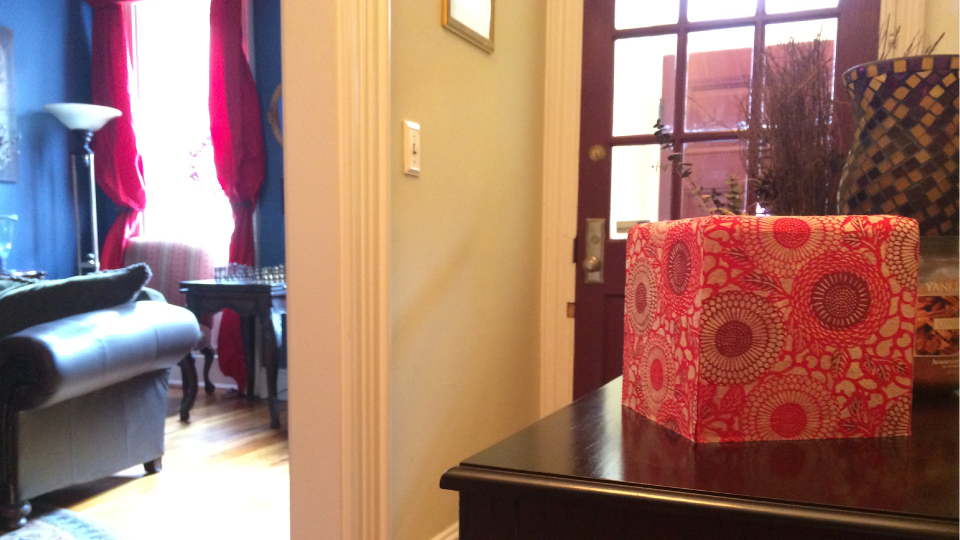 Putting preparedness on display, rather than hiding it under the sink.

Our plan includes a small pilot launch and several opportunities for iteration as the idea grows.

Our idea sparked significant interest when presented to the CEO of the American Red Cross of the Chesapeake Region, members of the board, and members of the Greater Chesapeake and Potomac Blood Region. As hoped, they were surprised this idea was not already on the market and understood the need for such an idea. Scott has shared this idea with the American Red Cross’ Health and Safety division for their input.

We look forward to continuing conversations with the American Red Cross, product designers, and manufacturers should the concept gain traction locally and nationally.